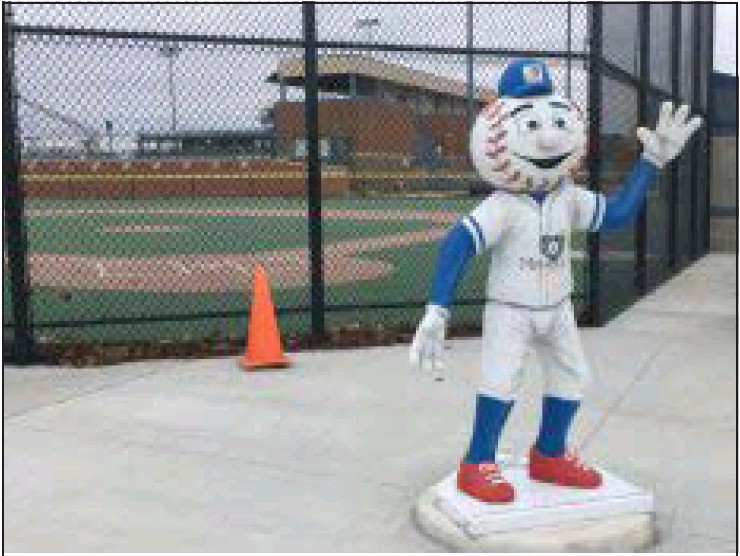 The Miracle League of Lake County will be hosting its Local Heroes All-Star Game this weekend at Lake Health Miracle Field in Eastlake.

The league’s athletes, who all have some disability, will have the opportunity to play with local police, fire, military and medical personnel in games on the hour from 9 a.m. to 3 p.m., Sept. 25, at 35200 Vine St. The National Anthem will be performed at 11 a.m., as well as the ceremonial first pitch.

The Miracle League uses this game as its signature event of the year. Typically, the athletes will have a buddy with them all the time to help them play from week to week on the field, but in this case, first responders will assume those duties for the day.

“We don’t have your typical all-star game where we’re picking people because we’re all about inclusion,” said Mike Piper, the league’s co-commissioner alongside Rebecca Boslett. “We don’t leave anybody out, so this is our version of an all-star game.”

First responders from Willowick, Wickliffe, Eastlake and Willoughby will be participating in this year’s local heroes game, as well as members from the Mentor Fire Department and local military personnel. As of now, the league has 140 athletes and roughly the same number of first responders are expected at Saturday’s game.

“Depending on who each force ends up bringing, that fluctuates a little bit,” Piper said. “Their responsibility is one hour, so they come in for a team. Let’s say Willoughby Police will come in and if they’re at the 1 p.m. game, coaches will match them up.”

In addition to the games throughout the day, face painters and large, jumbo games will be available for attendees, as well as a dunk tank for the athletes and their families to dunk coaches in.

“We have one coach in particular who plays kind of the villain in the league — trying to steal players and that kind of thing,” Piper said. “They (the athletes) love it. A lot of them look up to police and fire, and the departments are great to the special needs community all year. With some of the maladies and illnesses, unfortunately they have a little too much experience with the nursing communities and some of the first responding situations that we don’t have.”

“That’s a really nice scene because they feel like a big leaguer signing the autographs,” Piper said.

During the league’s first year in 2018, it was only half a year because the field in Eastlake was not built until 2019, which was the league’s first full year and the year the local heroes game debuted. However, the league was cancelled last year due to the coronavirus.

“We knew right away that this was going to be a keeper,” Piper said. “It was a big hit in 2019 and we got a lot of excellent feed back from the forces that participated and the parents.”

The game will have a title sponsor this year, which is EZ Flagpoles in Eastlake, and that has allowed the league to grow, Piper said.

For Boslett, it’s her purpose, passion and mission to provide to the Miracle League’s athletes and their parents.

“I had a daughter who was born with spin bifida, so I know exactly what it is, what their situations are and the emotional, physical layers of their world,” Boslett said. “My daughter passed away, but we choose to look at it as a blessing as far as I know my purpose. She had a purpose and I’m extremely blessed to have had the pleasure to be her mom.”

When her daughter was with her, there was no Miracle League to serve as an outlet for special needs children, Boslett said.

“Mike and I are cognizant of all the layers that occur down at our field, and it’s all complimentary at our field,” Boslett said. “Being able to bring all that we bring to our families in the Miracle League is without a doubt my purpose. The beauty of the Miracle League and our facility is theirs. They know it’s about them and they’re the focus.